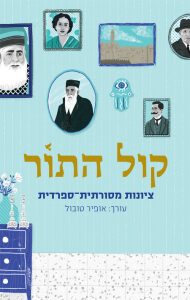 Until the year 1700, out of around six hundred million people, there were only around one million Jews in the world. Before this, the split between the Jewish inhabitants of Muslim and Christian states was relatively balanced. However, this division changed dramatically during the next few centuries. Revolutionary advancements in manufacturing and agriculture in Europe caused a demographic surge in the eighteenth and nineteenth centuries: concomitantly, the worldwide population of Jews increased significantly as well, but primarily in Europe and later the Americas. Thus, by the end of the nineteenth century, when the Zionist movement was founded, over 90 percent of the world’s Jews were Ashkenazi. The European Jewish community faced difficult challenges at the time, including secularization, assimilation, and antisemitism. Jews dealt with each one of these problems differently, and Zionism was just one of the proposed solutions.

As a European movement, Zionism was led almost exclusively by Eastern European Ashkenazi Jews. This is true of military and political leaders, pioneering immigrants, rabbis, poets, and writers. At the end of the nineteenth century, the Sephardi Jews of Muslim and Balkan countries were a small minority of the global Jewish population, facing their own sets of challenges. Their political, social, and cultural reality prevented them from leading the Zionist movement; their small size, population-wise, meant that they had a minimal impact on events affecting world Jewry. The fact that many Sephardi Jews naturally sympathized with the Zionist movement did not change this reality. Revering Herzl, Bialik, and Jabotinsky, viewing Hatikva as a sacred song, waves of aliyah from Islamic lands—this did not change the fact that the socio-political leadership of the Zionist movement was almost entirely Ashkenazi.

This was the reality a hundred and fifty years ago. Today, the situation in Israel is dramatically different, both demographically and culturally. It is impossible to get an accurate measure of the Ashkenazi-Sephardi split in today’s Israel, since inter-sectoral marriage is very common. However, it is clear that the division is quite balanced. Thus, the impact of both sides on Israel is equal as well.

Consequently, there is an ongoing dilemma on how to present the history of Zionism in research, culture, and education. Does the classic Zionist narrative marginalize characters, texts, and events that took place in the Sephardi world? Without denying the demographic data of the past, and without diminishing the contributions of the creators of “Ashkenazi” Zionism to the creation of the modern State of Israel, is it not fair to finally tell the stories of those who were left on the sidelines for decades?

The book Kol Hator, Traditional Sephardic Zionism attempts to meet this challenge. Written by Ophir Toubul, a lawyer by training, DJ by passion and head of the organization Tor HaZahav (Golden Age) an NGO forwarding the visions and needs of traditionalist Mizrahi Jews in Israel, this lovely book presents a new perspective on the history of Zionism, by profiling a large variety of characters who were active in the movement from the beginning of the nineteenth century until today, from all over the Sephardi world—from Morocco to France, the Balkan countries, and Iraq.

At the beginning of the book, the reader is informed of a number of facts largely unknown to Israelis today. First, two of the precursors of Zionism, Rabbi Yehuda Bibas and Yehuda Alkalai, responsible for formulating ideas of nationalism in the first few decades of the nineteenth century, were both Sephardi. Second, in the decades leading up to 1881, when the First Aliyah from Eastern Europe began, tens of thousands of Jewish people emigrated to Palestine from Muslim states, in what is called the Mughrabi Aliyah (i.e., those coming from the Maghreb, North Africa). These Jews worked to renew Jewish life throughout the Land of Israel, adopted modern ways of education and living, married Ashkenazi Jews (something almost completely unheard of in the Old Yishuv); they wrote for newspapers, bought land, and created job opportunities for their Jewish peers. Third, these Jews helped to develop modern education in Jerusalem, and also to revive Hebrew. Fourth, the pioneers of the First and Second Aliyot were not only Ashkenazi Jews. For instance, Jews came to Palestine from Yemen at the same time, out of the hope of a national revival and messianic redemption. The stories of many of these people are unknown today, largely overlooked by the Israeli school curriculum. Kol Hator brings back these forgotten elements of the Zionist narrative.

The book is not written chronologically. Instead, it tells the story of 25 Sephardi figures active over past two hundred years within the Zionist movement in the form of short essays, providing a beautiful picture of rabbis, politicians, writers, and poets, both men and women. Among the heroes of the book we find Yosef Eliyahu Chelouche, the Jaffa-born founder of Tel Aviv; the writer Jacqueline Kahanoff; musician and actress Bracha Zefira; Rabbi Ovadia Yosef, Yehouda Léon Askénazi aka “Manitou,” an important leader of the Sephardi movement in the French Religious Zionist world; and finally David Levy, a first-rate politician who made Aliyah from Morocco. One of the most captivating figures is Éliane Amado Levy-Valensi – a professor of philosophy and psychoanalyst, one of the greatest Jewish philosophers in France. By reading the stories of these figures, the Zionist narrative becomes broader and more enriched, and we come to learn of the significance of Sephardic ideas and contributions to the movement.

On completing the book, I asked myself: “Why are things the way they are? Why is there such segregation, a silencing of the ‘Mizrachi’ part of the Zionist narrative?” Ultimately, the main reason for this is that, in the early years of the state, Israeli society and culture was shaped mostly by the Avoda (“Labor”) movement, which tended to marginalize Mizrahi Jews. It is important to note, however, that not everyone in this milieu believed in segregation, alienation, or condescending behavior towards the non-Ashkenazi population. The poet Nathan Alterman, an important figure in the Hebrew literary world and a friend of David Ben-Gurion, used his creative skill and influence as a journalist to tell the story of the Jewish people arriving from the Muslim world, depicting them as brothers and celebrating their arrival. However, it is still impossible to ignore the fact that, in the early years of the state, Zionism was first and foremost a tale of Ashkenazi Jews: in the kibbutzim, the youth movements, the IDF, the workforce, the political arena, the cultural sphere, and – perhaps most significantly – in the writing of history and the nurturing of memory.

Why did this happen? There are many answers. The notion that modern European culture was superior to the “primitive” Mizrachi culture; the belief that the Jews of the Muslim world were confined within strict and archaic religious traditions; the idea that the creative efforts of these Jews was lacking in intellect and beauty; a fear of the “aggressive and wild” essence of Mizrachi society. Whatever the answer may be, these factors were fundamental in the development of the Zionist movement and Jewish peoplehood in Israel. This subject, naturally, has been discussed in dozens of literary works, including novels by Sami Michael, Eli Amir, Yossi Alfi, as well as other radical writers; in films – Sallah Shabati is a classic example; and in numerous academic papers.

The new approach that Kol HaTor offers is reminiscent of the groundbreaking book Flags Over the Warsaw Ghetto by Moshe Arens. This historical account changed our understanding of the Warsaw Ghetto uprising. For generations, Israeli children, IDF soldiers, and the entire population were taught that the uprising had been led by the heroes of the left-wing Zionist youth groups (Jewish Combat Organization), with Mordechai Anielewicz, Yitzchak “Antek” Zuckerman, and Zivia Lubetkin as their leaders. This narrative was reinforced by decades of ceremonies and books. However, Arens recognized that this was merely a partial representation of the truth. A significant number of the people who fought in the ghetto belonged to right-wing youth groups associated with Ze’ev Jabotinsky (Jewish Military Union). Unfortunately, almost none survived; and due to their political affiliations, for decades there was no one in Israel to tell their story. Here, too, those who were shoved outside of history and memory by powerful institutions are now being give the respect they deserve, their voices finally heard. In this sense, the book itself reflects Israel’s changing society: there is an increasing understanding that it is important to hear different voices, including the voices of those who are not part of what was then called the mainstream.

Kol HaTor discusses another important intellectual insight: the difficulties of Ashkenazi Zionist life in Europe. Deep-seated conflicts arose between Haredi and secular Jews, the Haredim rejecting Zionism for going against God’s will and being responsible for the secularization of the Jewish population. Ultimately, these were based on deep-rooted ideological disputes between Jews who believed in nationalism, Zionism, and Jews who believed their redemption would take place in a modern European country or through Communist revolution. Throughout the first generation of the State of Israel, David Ben-Gurion made a constant effort to mold Israeli society into a collective “melting pot”—its key ingredients being European and “Ashkenazi.”

Compared to these specific ideological conflicts and difficulties, Sephardi Zionism was slightly different. The culture is more amicable, there is a constant endeavor to combine tradition and modernity, and there is the belief that Zionism is a natural development in the history of Jewish tradition, with the unity of Israel standing above any and all racial identity.

All of this is greatly important for Israel today. Today’s Israeli-Jewish society identifies with the same traits of Sephardic Zionism: a sense of a natural belonging to Israel; creating a simple connection between tradition and modern living; allowing the Jewish tradition to have a place in the life of the individual, families, and communities; and a desire for non-sectoral national cooperation. Thus, this book makes an important contribution to the shaping of contemporary Israeli identity.

A Sentimental Stroll Down Ramban Straße

A new book attempts to capture the spirit of 'German Jerusalem': A neighborhood in the holy city that, following the rise of Nazism, became a hub of German-Jewish intelligentsia.

An excerpt from Haggai Ram's book about hashish in Mandatory Palestine and Israel.