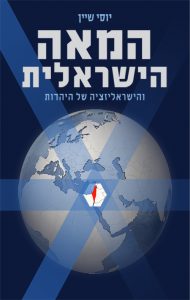 We will be a normal people only when we will have the first ‘Hebrew’ thief and the first ‘Hebrew” prostitute.” Attributed to the poet Haim Nachman Bialik, this rather vulgar aphorism captures one of the most prominent elements of the Zionist ideal: the desire to be normal. Important as they are, political independence, sovereignty and modern nationalism are somewhat abstract notions. Day-to-day behavior, including crime, is part of everyday life, however. That is what makes the difference between Jewish life in the Diaspora and the new reality of Zionism and Israel. In his foundational essay from the 1970s, In Praise of Normalcy, the novelist A.B. Yehoshua proposed that the continued existence of the Diaspora goes against the normalization process of Jewish existence. Israel is the restoration of a normal condition, he argued. This aspiration, it should be noted, is also a basic idea in Theodore Herzl’s writings, as well as in other classic Zionist ideologues.

The normalization process works on two levels. On the collective level, it is about the restoration of Jewish political sovereignty in ancestral Jewish lands, ending centuries of Diasporic modalities—both negative and positive. On the personal level, it is about the transformation of Jewish identity, from a minority religious-ethnic community to citizenship of a state where Jews are the majority and Judaism and the Hebrew language are the dominant cultures. Within this framework, it was expected that a new type of Jew will be born: Hebrew speaking, proud, productive, strong and confident: in short, normal. Similarly, the public sphere would also reflect these transformations by way of political and military power: the ability to defend the country, the centrality of the Jewish calendar, the school curriculum, the character of national symbols, and the principles of public policy.

Beyond political aspirations for independence and self-determination, Zionism was also a cultural renaissance movement aimed at altering traditional Diasporic constructs of Judaism. A new imagery portrayed what was labeled as the “new Jew.” The image of the new Jew changed, from the pre-1948 Jewish society in Palestine and into the early days of statehood, this representation of the new collective shaped by education, social change, immigration, wars, and other political realities. After 1948, the government became a lead agent in shaping the collective culture, guided by the objective of converting new immigrants into the dominant Israeli social order and creating a national culture regulated by the state. Ben Gurion had a name for this new culture: mamlachtiut, statism. This dominant culture—its aesthetics, social customs, and the role of religion in society—was mainly Central and Eastern European and secular in nature. Those immigrants who retained their religious practice were channeled to the minority Ashkenazi Orthodox educational and communal systems.

Israel, and Israelis today, are neither of the pre-1948 secular Sabra culture, nor of the post-1948 melting pot ideology and practice that Ben Gurion had hoped for with his mamlachtiut. Instead, the Israeli society that has reproduced itself exponentially since the 1950s is complex and diverse. On the one hand, Israeli culture has been influenced by the various groups of immigrants to the country, especially Mizrahi and Russian immigrants; on the other hand, it has been shaped by local changes within Sabra culture, such as the effects of the Israeli-Arab conflict and the Six-Day War, exposure to global cultural changes, economic pressures, and Israeli emigration. And then there are the complicated relationships that Israel developed with Jews around the world across the 70-odd years of the Jewish nation state—primarily its relationship with the largest diasporic community, in North America.

Two recent books in Hebrew provide a description—and an assessment—of the quest for normalcy that has emerged in Israel. In The Israeli Century and the Israelization of Judaism (Hebrew), Yossi Shain—a renowned political scientist at Tel Aviv University—focuses on the political realm. He surveys centuries of political Jewish history, tracking case studies of Jewish sovereignty or partial autonomy, such as the Hasmonean  Kingdom. Most of his attention is directed, correctly, to the experiences of Jews as minorities, from the ancient world through the middle Ages to the brink of Modernity. Shain describes a multiplicity of Jewish communities under Christian and Muslim rulers, and their methods of communal survival in those environments. But this survey is so long, most of the book does not really engage with the topic cited in the book’s title: The Israeli Century. The book’s overbearing and encyclopedia-style review of Jewish political history leaves little room for analysis of the main point that Shain aspires to discuss. As a matter of fact, once he finally reaches the Israeli Century, he says that “In my opinion, the Israeli experience as it is, is different than all experiences that the Jewish people had known in the past, and there is no longer a real question about the existence of the State and its need for the sustainability of Jews and Judaism.” This statement renders the preceding chapters somewhat obsolete (though, no doubt, of interest for readers in need of a Jewish history refresher class). Still, his point is well taken: Zionism has changed the Jewish political paradigm, making for a new Israeli-based polity impacting on Jews around the world. 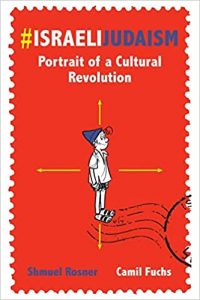 , a journalist deeply invested in tracking Israeli–Jewish identity, and Camil Fuchs, a statistician and a pollster, look at Israeli Judaism through sociological and demographic lenses. Their main point, outlined in the book #IsraeliJudaism: Portrait of a Cultural Revolution, is that the masses of Jews who live in today’s Israel have formed an Israeli brand of Jewish identity. Within this identity, they argue, Israelis feel naturally Jewish. They like to display their Jewishness, even if their conceptions of Judaism are blurred and full of contradictions. This new Israeli Judaism has emerged against a backdrop of declines in both Halachic-traditional and secular ideologies. Moreover, Israeli Jews view their Jewishness in alignment with their Israeli existence (something that amplifies the divide with Israel’s Arab minority).

Rosner and Fuchs’ findings continue a trend in Israeli sociology, which began in the 1990s with the Avi Chai Foundation-sponsored reports by the Guttman Center on Israeli Jews. Based on a large-scale survey of Israeli Jewish identity, the study—which was repeated several times—probed the beliefs, observances, and values of Israeli Jews. The studies found nuanced expressions of Jewishness among Israelis, extending beyond the standard Dati-Hiloni (Orthodox-secular) divide. The two surveys, and follow-up works, revealed that Israelis feel more Jewish than is typically assumed, and that Jewish practices are more common than Israeli self-proclamations of being secular or religious. Rosner and Fuchs provide an up-to-date account of Israeli Jewish identity, and take it to the next step by using the term “Israeli Judaism.” By using this term, they also underscore the divide with non-Israeli Jews.

Israeli Jews are both more secular and more religious than their diasporic counterparts. Yom Kippur is an example. More Jews observe the day in Israel, albeit with dilution to the meaning and substance. 80% of Israeli Jews fast, but most do not attend synagogue. Some even go to the beach. According to Rosner and Fuchs’ observations, Israelis are constructing their new Jewish-Israeli identities by eliminating traditions, changing traditions, renewing and inventing, and a mixture of all of these. Finally, they conclude that Israel has made Jewish practice accessible and easy, and that Jewishness is an all-encompassing feeling that is the product of a Jewish public sphere and the dominant culture.

And what about the divide between Israeli Judaism and world Jewry? In both perspectives, the collective and the individual, Israelis hold a range of attitudes toward Jews who reside in the Diaspora, and especially toward the largest Diaspora in North America. In response to questions posed to Israeli Jews about their attitudes toward the Jewish people, the 2000 Guttman Report summarized: “Jews in Israel feel part of the Jewish people, but even though they sense a shared fate with Jews around the world, they see the people in Israel as a different people than Jews in the Diaspora, and regard Jews in Israel and in the Diaspora as two distinct entities.”

Rosner and Fuchs assert that Israeli and Diaspora Jews are moving along parallel tracks with a growing cultural and sociological distance. Specifically Israeli Jews experience Judaism within a majority Jewish culture, whilst Diaspora Jews are required to choose to practice Judaism individually within a non-Jewish majority culture. Jews in Israel are not familiar with the circumstances and the challenges of Jews who live as minorities in open Western societies. This growing distance, however, does not preclude Israeli Jews from caring about the well-being of Jews around the world, and having pertinent views about their situation and future. Israeli Jews believe that life in Israel holds a higher meaning; but at the same time they are committed to the Jewish people and to its well-being.

Shain looks at this issue from the prism of the decades-long debate in Israel regarding the Jewish State being the nation-state of the Jewish people or just a State for its citizens. This question is now grounded in the certainty and stability of secured sovereignty, and the fact that a majority of all Jews now (or in the near future) live in Israel. Jews have returned to history, he argues, and now the conditions are ripe for the development of multiple Jewish identities. While Shein does not specify what this development means, one assumes that he is referring to a challenge to the Chief Rabbinate and the centrality of Orthodox Judaism in Israel. This fantastic development means that there is a greater potential for more mutual exchanges between the Diaspora and Israel, as well as greater Israeli responsibility toward Jews in the Diaspora.

The two books come to similar conclusions. Zionism, and then Israel, have radically altered pre-modern Jewish expressions, creating in the process a political and socio-cultural reality that is both Jewish and normal. They also argue that these achievements are sustainable for the foreseeable future. Both books assert that this poses a new challenge, particularly in the form of Jewish responsibility and outreach to world Jewry. However, neither book attempts to develop this new paradigm, i.e a new roadmap for Israeli Judaism, required in an era when Israel is an established polity, with the majority of world Jewry as its citizens. That book is yet to be written.

Cries of a Beloved Country

The former director of Breaking the Silence has written a moving memoir that is a wake-up call for Israeli society.