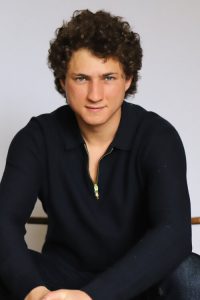 We are excited to announce that Sam Sussman is joining us as Contributing Editor. We spoke with him by phone.

TARB: Sam, can you tell us about yourself?

SS: I am a writer, and also co-founder of Extend, an organization that brings American Jews to Israel–Palestine to meet civil society and human rights leaders. I studied for an MPhil in political theory at Oxford, and a first degree in philosophy and literature at Swarthmore. I grew up in Goshen. Not the Biblical one, which might have been a more pleasant place to be a Jew, but rather a small town in red America, in upstate New York. I have since escaped to a Jewish shtetl known as the Upper East Side.

TARB: You recently wrote a memoir for Harper’s called On (Possibly) Being Bob Dylan’s Son. Can you explain yourself?

SS: Dylan has always been intriguing to me as a shapeshifter, a writer who is both a mythical Jewish bard and thoroughly Americana. My mother also happened to have a relationship with him. The memoir is a way of thinking through how these two people shaped me, both as a writer and an individual. The story is also a prehistory of my mother before she was my mother, when she was in her twenties, trying to become an actress, and, strangely enough, living in the same apartment that I live in now.

TARB: What are you writing these days?

SS: A number of years ago I learned that a childhood friend was in Syria, fighting for the Islamic State. I became fascinated by his story––and not only because I felt morally implicated in his radicalization, for reasons it is not possible to explain briefly. I am writing a novel that works with the rough facts of his life to ask the questions his decision has raised for me. How did he come to believe this was the right way to live? What does it mean that he risked more for his political beliefs, grotesque as they were, than I have for mine? How did a person who was shaped by the same places and people who shaped me ultimately make this choice? The last question is the easiest. We grew up in a rural, white, conservative town, where Islamophobia and antisemitism were casual attitudes articulated by otherwise respectable adults. I identify with his rage. The question of the novel is how long that identification can endure as it comes under the duress of his actions in Syria.

TARB: You’ve lived in London, Jerusalem, and Berlin. Where did you most enjoy living as a Jew?

SS: Berlin. German guilt is a literary gift. The family of the woman I was romantically involved with had a Nazi past, as most German families do. I always enjoyed the range of reactions when I was introduced to her family members as a Jew. Relatedly, because the German past is more gruesome than the American or Israeli, mainstream German society has been forced to confront its ghosts more directly. I admire the signs at the Wittenbergplatz U-Bahn station that read Stuthof, Treblinka, Dachau. If slave markets in America, demolished Palestinian villages in Israel, and the offices of De Beers in Britain were marked with similar reminders of the past, we might have a different conversation about how historical legacies shape the present. The great drawback to Germany is of course that German food is inedible, but fortunately there isn’t much of it in Berlin.

TARB: Speaking of Israel, tell us about your work with Extend.

SS: Extend offers American Jews immersive educational programs in Israel–Palestine. We meet with Israeli and Palestinian human rights and civil society leaders who are trying to transform the situation from occupation and apartheid to one that recognizes the legitimacy and rights of both national peoples. Demonstrating this alternative possibility by moving through the land, community to community, is intensive conversational work, something I enjoy immensely. I am also interested in ways literature can imagine alternative political possibilities. I wrote for TARB last year about how Colum McCann does this in Apeirogon and Moriel Rothman-Zecher does it in Sadness is a White Bird. Amos Oz’s last novel, Judas, is also a stunning retrieval of the binational past. I am interested in how, even without formal political power, civil society and the arts keep alive more humanistic possibilities.

TARB: So what are your hopes in joining the Tel Aviv Review of Books?
SS: TARB is unique because it spans both the literary and political and has time for a diversity of views. I look forward to writing about contemporary literature that is thinking in provocative ways about the Israeli, Palestinian, or American Jewish condition. I also hope to contribute occasional reporting from Israel–Palestine.