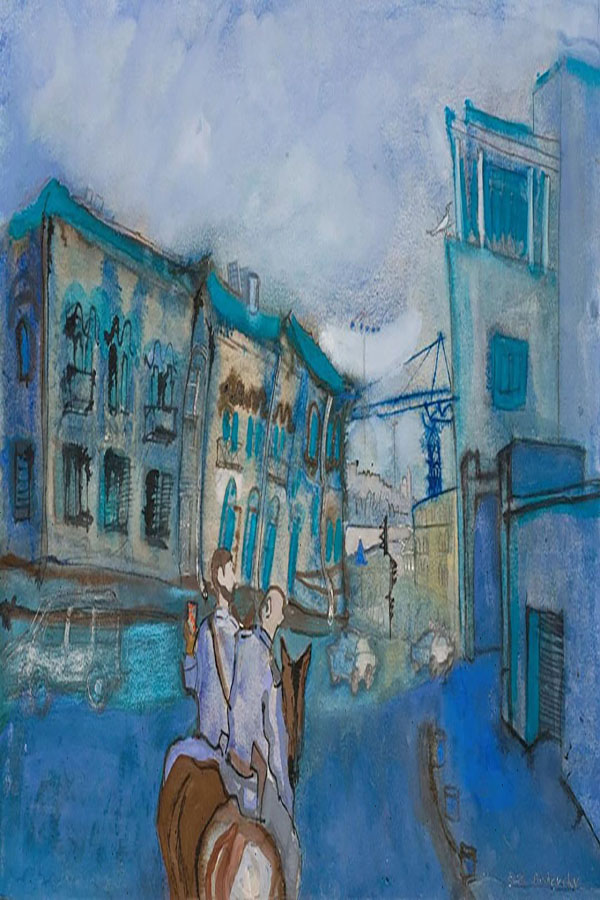 Dror Burstein’s novel skillfully alternates between Jerusalem of the Prophets and the contemporaneous city, offering a fresh engagement with our conventional understanding of both.

The Prime Ministers: Chronicles of Failure

Two autobiographies, written by Israel’s only living former prime ministers, are uneven attempts to come to terms with their unremarkable legacies.

‘To Rectify the World You Have to Rectify Yourself’ – Tziporah Heller

An interview with Rebbetzin Tziporah Heller, one of the most influential female Torah teacher in the Haredi world, whose eighth book, "Through a Distant Mirror: exploring the paths of women in Tanach" will be out this summer.

The Rising Juggernaut of the Greater Middle East

A mixture of global ambitions and domestic policies has led China to undermine the “Washington consensus” in the Middle East.

A Tale of Time and Feeling – Amos Oz

"Judas," Amos Oz's last novel, is in many ways the sum total of the late author's 50-year career.

The Distortion of Palestine

One principle seems to be guiding "Palestine: A Four Thousand Year History": The minimization and marginalization of the role Jews played in the history of Palestine.

An excerpt from Evan Fallenberg's new novel teasing out a complex narrative of love and betrayal from the narrow channel that separates the most basic—and quite often, the most base—of our emotions.

Boas Evron, who died last year aged 91, held unusual views on the nature of Jewish Nationhood, the State of Israel and its relationship with the diaspora. A new book revisits his unorthodox political thought.

The Cost of a Lie, the Value of Nothing

A young woman, a celebrity, a sexual assault, a media storm: all very much part of the #MeToo zeitgeist, no? But Liar by Ayelet Gundar-Goshen takes the reader along a very different path.

Home and Away: The Accidentally Global Scope of Israel’s English-Language Media

While the international media industry came crashing down in the beginning of the 21st century, Israel's English-language media experienced a tremendous renaissance.

Four Centuries of Jurisprudence in Jerusalem

Between the end of Mamluk rule and the start of the British Mandate, Jerusalem evolved a rich tradition of Islamic Jurisprudence, markedly distinct at times from that of the Ottoman Empire.

Poem: When They Come to Take You